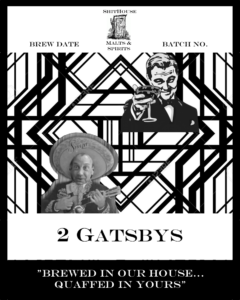 A very simple Belgian Dubbel. We added Molasses for color to make up for having the wrong candi syrup on hand and liked it so much we left it in. A very nice beer, with a very nice color and taste. A favorite among our staff. 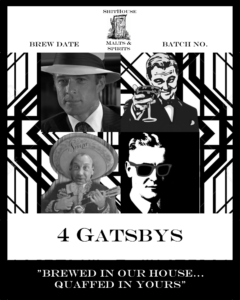 Our Belgian Quad: 2 Gatsbys with twice the grain. 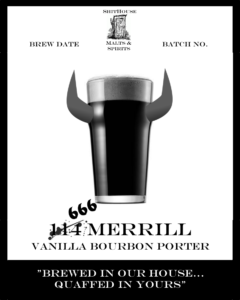 A delicious vanilla porter with a touch of the Devil’s Cut.

LMB probably stands for “you’ll Love My Beer.” LMB is an American stout aged on wood and sometimes with a hint of Jameson or Rye.

The first two batches were made with this kit. 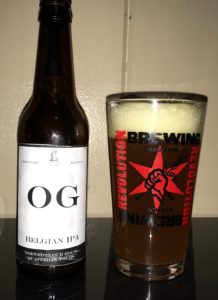 A Belgian ale dry hopped into something a bit sweeter. The first beer, the original of our endeavor. 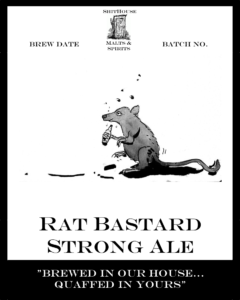 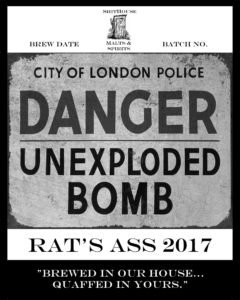 The Rat’s ass uses the leftover grain bed from the Rat Bastard, along with whatever else was loose and floating around. 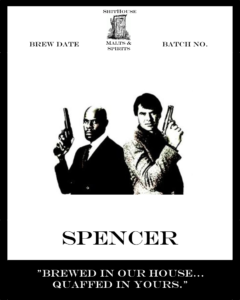 This forgettable American Pale was reportedly brewed once.